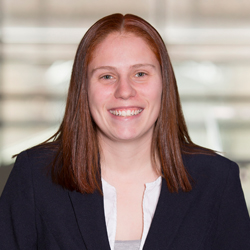 Courtney joined the WTG team after 4 years with Dell EMC, where she worked with the Inside Sales Team.  She received her Bachelor of Science degrees in Dietetics and Exercise Science in 2012 from Middle Tennessee State University. Courtney is looking forward to bringing her Dell Product and Sales knowledge to WTG’s Inside Sales Team. She is excited about the direction of the company and is looking forward to growing alongside it. 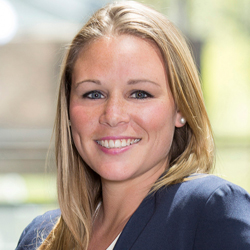 Katy joined the WTG team after graduation from Bryant University, where she completed a Bachelor of Arts degree in Communication with minors in Marketing and Psychology. Competing in Division I collegiate soccer at Bryant prepared Katy for the competitive and demanding professional atmosphere of the IT industry. She now channels her energy toward customer relationship management, with a focus that has allowed the inside team to achieve continued success. Katy looks forward to further growth and development in the thriving WTG sales environment. 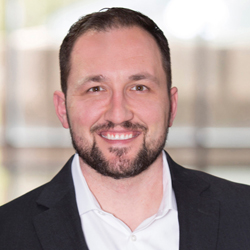 Chris was first introduced to the WTG team while a DGR Team Lead at Dell-Compellent, covering the New England Large Enterprise and Global 500 segments. Prior to joining Dell, Chris was a proud member of the US Army and earned campaign medals in support of Operation Iraqi Freedom and Operation New Dawn. His military experiences engrained in him a level of honor and discipline that he draws upon today for every customer interaction. Chris earned his Bachelors of Science in Business Management from Florida State University, and completed graduate work at Nova Southeastern University.

Brian’s education and experience speak of continuous innovation and improvement through applied information systems. Whether automating accounting systems, programming of data dictionary, payroll and medical records systems, or managing PC & network teams, he has always looked for that extra edge in realizing efficiency and productivity gains through IT investments. Brian was featured on the cover of Network World as an early proponent of iSCSI Storage Area Networking. Prior to joining Winslow Technology Group, Brian oversaw data center modernization efforts including virtualization, storage, networking and data protection for The GEM Group. Brian holds a Bachelor of Science in Business Administration with a concentration in Management Information Systems and a minor in Computer Programming from the University of Massachusetts Lowell. 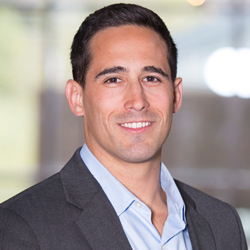 Coby began working at Winslow Technology Group in our inside sales team, as part of the Northeastern co-op program. He subsequently stepped into a full time role as Account Executive, where he now builds strong value-added relationships with customers. Coby holds a Bachelor of Science in Business Administration, with a concentration in Entrepreneurship and Marketing from Northeastern University.

Jon began his career at WTG, as a member of our inside sales team. After displaying remarkable success, he moved to an Account Executive role where his exceptional initiative translates to outstanding customer service and value-added relationships. Jon holds a Bachelor of Science in Marketing, with a minor in Law & Business from Lasell College.

As an account executive at WTG, Christopher leverages his prior experience as a senior systems administrator and systems architect. He has worked supporting technologies in backup, restoration, de-duplication, disaster recovery, storage, Windows Operating Systems and applications such as SQL and Exchange. Christopher has held positions at Evergreen Solar in Devens, MA, and in the United States Marine Corps. Christopher has MCSE certification and several point MCP accreditations.